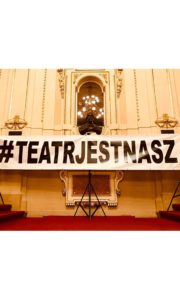 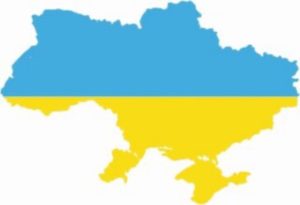 Founded 2012, PACE.V4 / Performing Arts Central Europe – Visegrad Countries Focus is a cooperation network among cultural organisations in central and eastern European (Visegrad) countries. The platform condemns in a statement the violation of international law and sovereignty of Ukraine and declares: “The long-term goal of PACE is a mutual peaceful collaboration between countries of Central / Eastern Europe and Eastern Partnership countries, including Ukraine, which is seen as a valuable and irreplaceable member of our community. So is the Russian Federation, so is Belarus, and other countries.”

In recent days, #teatrjestnasz (Theater is ours) has dominated the Polish theater world. The now openly stated dismissal of the director of the theater Juliusz Slowacki in Krakow, Krzysztof Głuchowski, has rised a public wave of solidarity. Across Poland, actors read out statements of solidarity with the Slowacki Theater after performances, and the responsible politicians are overwhelmed by petitions. Krzysztof Głuchowski is in the middle of his second term. According to the Polish constitution and legislation, cultural institutions are independent and not bound by the instructions of their employers. Despite this, representatives of both the Ministry of Education and the Ministry of Culture in Warsaw, as well as the regional government, publicly criticized his work, accusing it of “anti-Polish tendencies” and calling for the banning and cancellation of several productions. At the same time, economic censorship set in. In December, the planned transformation of the theater into the status of a national theater was stopped. As a result, as of now the theater is short 3000000 zloty (about 662 000 euros). The result is an immediate halt to premieres for 2022, a lack of money to pay electricity and gas bills, and the theater’s inability to act. But it does not give in: money is collected via crowdfunding. The theatre employees have declared in an open letter: “We, the employees of the Teatr im. Juliusz Słowacki in Krakow, we express our full support to Krzysztof Głuchowski, General and Artistic Director, both in terms of the artistic program and the overall management of our Theater.”

The Slovenian Ministry of Culture slashed co-funding to NGOs by nearly 50 percent from € 6.4 to € 3.6 million. The move comes as the ministry records its largest budget since 1991. 8 organisations remained in the funding programme. Among the structures who were cut from funding for the next four years are groups with excellent international reputation which had been funded through the ministry for decades: Glej Theatre, Maska Institute, Delak Centre, City of Women, Carmina Slovenica,  Nomad Dance Academy Slovenia, Ars Ramovš.  The policy of cutting funds for those independent art institutions has been implemented in Slovenia during the last years but has been rejected successfully until now. The removal of national funding also destroys the ability of these NGOs to receive funding from EU co-financing programs.  Maska writes in an open letter: “We therefore consider the withdrawal of funding as part of a long-term strategy to shrink the space for the development of professional non-governmental organisations. This act is a continuation of the Ministry’s degradation and destabilisation of the sector, which has always been one of the most vibrant and progressive fields of contemporary art.”

In June 2021 Slovenia was placed on the Civicus Monitor Watchlist, which issues warnings regarding countries where civic freedoms are rapidly vanishing. the right-wing administration withheld also the Slovenian Press Agency as well as other media covering or expressing views in conflict with those of the ruling party. No funds were also allocated for environmental projects for 2022 or 2023. The climate fund for which environmental CSOs are eligible has been slashed by 70 percent.

Sources: Artforum.com;  Glej – we will carry on.;  euronews; Mladina

At its annual meeting the members of the German ITI have discussed the reports about the recent closure and sealing of the EMBROS theatre in Athens. With the background of the global economic pressure on public theatre spaces as it has been shown in Tirana or Ljubljana the German ITI members declared their solidarity with a letter to the artistic team.
“We, the members of the International Theatre Institute Germany, protest against the closure and the sealing off of the EMBROS THEATRE in Athens.
Since 2011 the EMBROS THEATRE has become an important location for alternative art and cultural exchange in the heart of Athens. It serves as a hub of creative innovation, integration and free expression for its neighbourhood and its city. It is an important point of international cultural collaboration with guest artists and companies visiting from all across Europe and beyond. With its collective artistic and management direction it is also a role model for the future with a non-patriarchal and democratic organisation-format of cultural institutions. The EMBROS THEATRE is an important institution for the promotion of the freedom of art.
ITI Germany demand the reopening of the theatre under the artistic
direction of its original team.”