The European Theatre Convention (ETC) stresses, that “the theatre ‘production jam’ effect— caused by postponing or cancelling an entire season of performances—will all but eradicate the time and space for young artists to perform, direct, and develop on Europe’s stages for the next 3-5 years.” The time and space for work that is still in development will be drastically squeezed. “This means that there will be less access for young creatives to stage new work, or to step up from their studies into creation…. We risk creating a ‘lost generation’ of young artists, who are unable to develop and grow as normal.” says the statement on behalf of 44 publicly funded theatres around Europe. 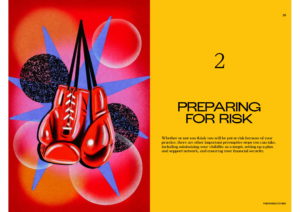 The COVID-19 pandemic has posed some of the greatest threats to artistic freedom and cultural rights in recent memory. On February 3rd, Artists at Risk Connection (ARC) at PEN America, together with UNs Special Rapporteur in the Field of Cultural Rights Karima Bennoune, are launching the Safety Guide for Artists. The guide aimes to help artists navigate and overcome risks and better understand their work within the  framework of human rights defense.
The launch features also a panel discussion with photojournalist, teacher and activist Shahidul Alam, director of Belarus Free Theatre Natalia Koliada, and director of Al Mawred Al Thaqafy (Culture Resource) Helena Nassif. The conversation will draw upon the 2020 report of the Special Rapporteur and explore how art can be levied in the fight for human rights and how artists can be better protected against human rights violations.

Representatives of major cultural and research institutions in Germany, among them ITI Germany, the Goethe Institute, and the House of World Cultures, published a jouint statement related to the German constitution, article 5.3 – where freedom of art and science is granted. The group criticises culture boycott demands like those coming from the BDS movement against Israel as well as the anti BDS resolution of the German parliament to exclude critical voices from the public discourse.
The group states: “We share a mandate from the state to promote arts and culture, historical research and democratic education and to make these accessible to the general public. Toward this end, we rely on a public sphere that welcomes controversial debates in accordance with the norms of the German constitution. At the center of our initiative lies a common struggle against antisemitism, racism, right-wing extremism and any form of violent religious fundamentalism.”

More than 1.400 artists, academics and cultural workers from Germany, or working with German partners in arts and science, have signed an open letter to support the initiative. 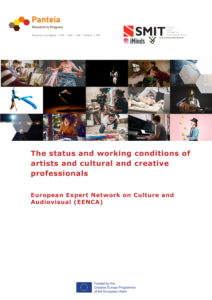 The European Commission’s Expert Network on Cultural and Audiovisual (EENCA) has published a new study on the on the status and working conditions of artists, cultural and creative professionals in the EU member states. The study includes the examination of career paths, nature of income, also under the condition of the COVID 19 pandemic, influence of the market, access to finance, social security and cross-border mobility, including artistic freedom/restrictions to creation, and the aspect of working conditions of disadvantaged groups. 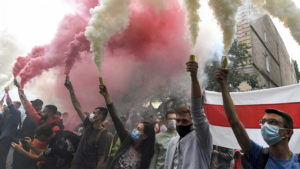