Alexandra (Shasha) Skochilenko, is a russian artist and musician.
She replaced price tags at supermarkets in St Petersburg with news reports about bombings in the besieged Ukrainian port city of Mariupol. On April 11 she had been detained and accused of carrying out serious actions against public safety and spreading fake news about the Russian military. Her case had been reclassified from a  criminal case to a more severe one of the same article, entailing from 5 to 10 years in prison. The investigation has extended Sasha’s pre-trial detention several times, now until July 1st.

The telegram group for support is: https://t.me/skochilenko_sud.

The Slovenian Ministry of Culture slashed co-funding to NGOs by nearly 50 percent from € 6.4 to € 3.6 million. The move comes as the ministry records its largest budget since 1991. 8 organisations remained in the funding programme. Among the structures who were cut from funding for the next four years are groups with excellent international reputation which had been funded through the ministry for decades: Glej Theatre, Maska Institute, Delak Centre, City of Women, Carmina Slovenica,  Nomad Dance Academy Slovenia, Ars Ramovš.  The policy of cutting funds for those independent art institutions has been implemented in Slovenia during the last years but has been rejected successfully until now. The removal of national funding also destroys the ability of these NGOs to receive funding from EU co-financing programs.  Maska writes in an open letter: “We therefore consider the withdrawal of funding as part of a long-term strategy to shrink the space for the development of professional non-governmental organisations. This act is a continuation of the Ministry’s degradation and destabilisation of the sector, which has always been one of the most vibrant and progressive fields of contemporary art.”

In June 2021 Slovenia was placed on the Civicus Monitor Watchlist, which issues warnings regarding countries where civic freedoms are rapidly vanishing. the right-wing administration withheld also the Slovenian Press Agency as well as other media covering or expressing views in conflict with those of the ruling party. No funds were also allocated for environmental projects for 2022 or 2023. The climate fund for which environmental CSOs are eligible has been slashed by 70 percent.

Sources: Artforum.com;  Glej – we will carry on.;  euronews; Mladina 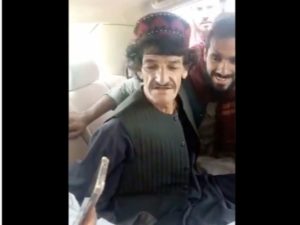