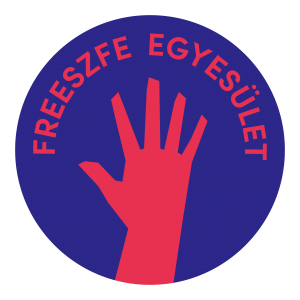 Security officials in Bagdad announced today, that German curator Hella Mewis was released at 6:25 a.m. (03.25 UTC/GMT) in a security operation at Rusafa, eastern part of Baghdad. Iraqi authorities did not give any information about who was behind the kidnapping. No one was arrested during the operation.

Hella is presently under the protection of the German embassy in Baghdad. She is already the sixth foreigner to be abducted in the Iraqi capital this year and dozens of activists have been kidnapped in recent months.

On Friday, June 26, the Moscow judge gave Kirill Serebrennikov a suspended sentence to three years probation and a three-year ban on leading any state-backed cultural institution in Russia. However, the judge said that the defendants would be required to repay nearly 129 million rubles in compensation for the money allegedly embezzled. Co-defendants Yury Itin and Konstantin Malobrodsky were also found guilty of conspiring to mislead the culture ministry for “personal enrichment” and also sentenced to probation. The fourth defendant, Sofya Apfelbaum, was convicted of negligence.

Artists around the world expressed their solidarity, an online petition in Germany got 57.000 subscribers.  The representative of the EU foreign service Peter Stano and Germany’s Federal Government Commissioner for Human Rights Policy and Humanitarian Assistance Bärbel Kofler expressed their demand for a fair and transparent trial. The case of the “Platform” Projekt at the Gogol Center’s “Seventh Studio” Kirill Serebrennikov has been going on for more than three years (see also our former posts at ACAR). On June 22 the judicial investigation has ended. The state prosecution considered proven guilty persons involved in the  case of Serebrennikov, asks to plead Kirill Serebrennikov, Alexey Malobrodsky, Yury Itin and Sophia Apfelbaum and sentence them with following punishments: 6 years of imprisonment in a penal colony with a fine of 800 thousand rubles for Serebrennikov , 5 years for Malobrodsky and 4 years for Itin and Apfelbaum as well.
At the same time the prosecution corrects the amount of damage from 133 million 237 thousand rubles to 128 million 974 thousand rubles.
The court will pass a verdict in the coming days. On Sunday, May 17, the historic National Theatre in Tirana has been demolished. Since 2018, artists and citizens have staged the longest active protest in the history of Albania to protect the theatre from demolition by the government (see ACAR posts 1, 2)  The government moved in amidst the emergency situation and lockdown imposed due to the coronavirus crisis. Resisting citizens, sitting in front of the theatre, were removed and detained. The Albanian National Theater is officially part of Europa Nostra’s 7 Most Endangered European Heritage Sites list for 2020.

Albania’s President Ilir Meta has called the demolition of the National Theatre by his own government “a constitutional, legal and moral crime that cannot be granted amnesty.”, done by the Mafia. The decision to demolish Albania’s National Theatre was approved in secret and was not on the agenda for the meeting of the Tirana Municipal Council.