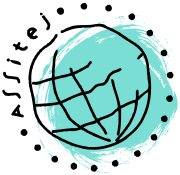 Kelechi Udegbe, a budding Nigerian actor in the city of Lagos, features in the 6 part documentary drama series “Kelechi’s Quest” where he weighs his option of finding a suitable accommodation within his budget, thereby sparking a debate about new ways of accessing affordable accommodation and about the equitability of housing policies of Lagos State.

Euromed Rights is a network of more than 80 human rights organisations, institutions and individuals based in 30 countries in the Euro-Mediterranean. The network develops and strengthens partnerships between NGOs, disseminates human rights values, advocates for them and increases the capabilities of local partners in this regard.

In a joint statement with several international Human Rights NGOs Euromed Rights warns against the complete eradication of Egypt’s independent human rights community. On Saturday 17 September the Cairo Criminal Court ruled the asset freeze to five Human Rights defenders and three NGOs. All finances and programmes are to be handed over to government officials, giving them control their activities and full access to their records and database, including files related to victims of human rights violations. The statement indicates the recent attacks as “part of a larger crackdown, not only on human rights defenders, but also on the media, trade unions and peaceful protesters, which will further worsen the ongoing closure of the public sphere and of civil society space.”